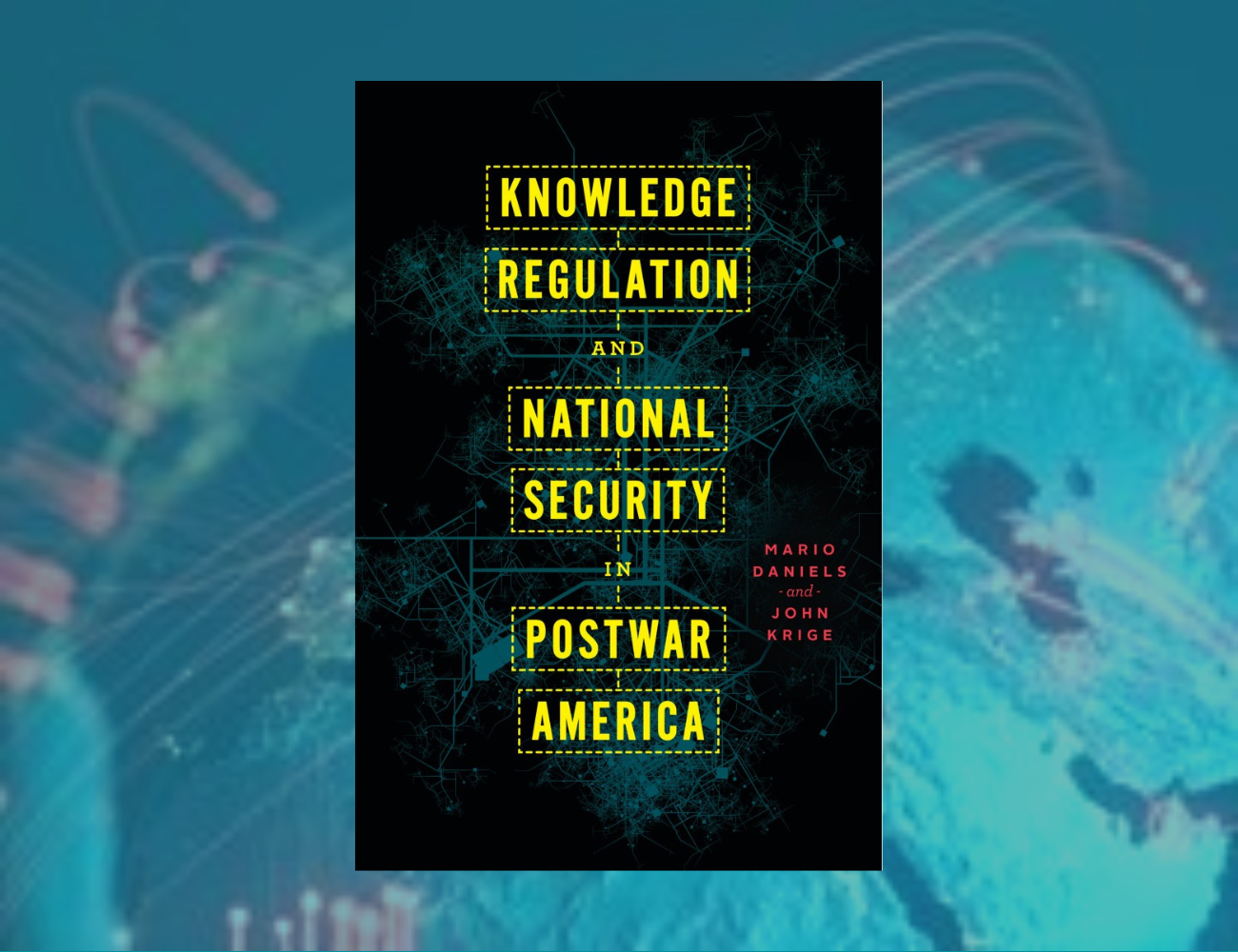 In their new groundbreaking book, Knowledge Regulation and National Security in Postwar America, Mario Daniels and John Krige set out to show the enormous political relevance that export control regulations have had for American debates about national security, foreign policy, and trade policy since 1945.

They argue that from the 1940s to today the issue of how to control the transnational movement of information has been central to the thinking and actions of the guardians of the American national security state. The expansion of control over knowledge and know-how is apparent from the increasingly systematic inclusion of universities and research institutions into a system that in the 1950s and 1960s mainly targeted business activities. As this book vividly reveals, classification was not the only - and not even the most important - regulatory instrument that came into being in the postwar era.

John Krige is the Kranzberg Professor Emeritus in the School of History and Sociology at the Georgia Institute of Technology in Atlanta. His research is at the intersection of the history of science and technology with US foreign policy. He is the author of American Hegemony and the Postwar Reconstruction of Science in Europe (MIT Press 2006), and Sharing Knowledge, Shaping Europe. US Technological Collaboration and Nonproliferation (MIT Press, 2016). He is the author of multiple articles and the winner of several awards including the Francis Bacon Award for outstanding scholarship in the History and Philosophy of Science and Technology. His latest edited collection is entitled, Knowledge Flows in a Global Age. A Transnational Approach (University of Chicago Press, July 2022).

Mario Daniels is the DAAD-Fachlektor of the Duitsland Instituut Amsterdam. He holds a PhD from the University of Tübingen, taught at the Universities of Tübingen and Hannover, and was twice a research fellow at the German Historical Institute in Washington, D.C. From 2015 to 2020 he was the DAAD Visiting Professor at the BMW Center for German and European Studies at Georgetown University. His latest book, co-authored with John Krige, Knowledge Regulation and National Security in Postwar America, was published with University of Chicago Press in April 2022.

Moderator: Luiza Bialasiewicz is professor of European Governance and Academic Director of ACES.

Discussant: Bastiaan van Apeldoorn is professor of global political economy and geopolitics at the Vrije Universiteit Amsterdam. His research centres on the interaction between corporate elite strategies and interstate rivalry, with a focus on the changing role of US global power. Building on this, his current research agenda focuses on the changing role of the state in global capitalism and the geopoliticisation of (foreign) economic policy, both in the US and in Europe. He is the author of American Grand Strategy and Corporate Elite Networks (Routledge, 2016) and numerous articles in journals like European Journal of International Relations, International Affairs, Global Networks, and New Political Economy. Since 2015 Bastiaan van Apeldoorn is also a member of the Dutch Senate for the Socialist Party.

The New Geopolitics of Technology is an event series of the Amsterdam Center for European Studies, the Duitsland Instituut Amsterdam and the Stiftung Neue Verantwortung.